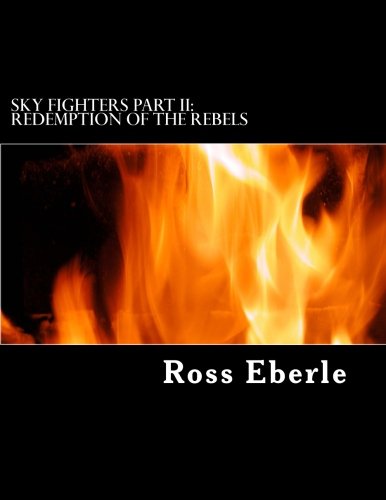 SKU:
$10.00
$10.00
Unavailable
per item
The second novella in the Sky Fighters Novella Series! Click the following links to buy it...


The year is now 2002. Two years have gone by since the Thirteen Makers, handpicked by Master Mantecado himself have spread the word of the Sky Fighters to the humans. But now, things are changing...Some things faster than most people come to expect!


When Muggins reaches age 16, he is brought over to Evensongland by Master Mantecado, as well as his Mom and her three siblings to become a Sky Fighter! This proves to be quite an exciting endeavor for Muggins, but it is only the beginning of his adventures - To start off, he is brought to the 2nd Anniversary Rally of the Sky Fighters at the newly reconstructed Earth Coliseum.


Elsewhere, on Earth, we find Frederick, the other teenage boy, still having to deal with his abusive step-family. Luckily, for Frederick, he will be whisked away to Sky Fighter Land once more, much to the chargin of his bitter step-family. Once there, Frederick will find he has a few of his own adventure to go on-For starters, he and his friends he made last year, Brent Hauser and Maya Lhaka make a shocking discovery, which may impede on their previous progress.


Soon after this, dangerous things will start happening...The Python Demons have not forgotten about their Sky Fighter enemies, and of course, they have a few nasty surprises in store for them this year. Will Frederick, Maya, and Brent be able to overcome the arrival of the mysterious trio known as the Sand Tomb Guardians? Will Frederick be able to emerge victorious in battle against the newly appointed Sky Fighter Battle Masters? Will he be able to find out what a Sky Surfer is? Find out all this and more in the second installment of the Sky Fighters Novella Series!

From Diabolic Shrimp website owner Joshua Grant: The Sky Fighters must face new threats in Ross Eberle’s exciting continuation Sky Fighters Part II: Redemption of the Rebels! Old faces and newcomers both jump into the fray as the Sky Fighters deal with an impending new threat: the Sand Tomb Guardians. It’s fun to jump back into Eberle’s anime-esque world to reunite with previous characters and see the expansion of the Python Demons’ villainous plots! Fans of classics like Voltron will be right at home in this beat-em-up galactic thriller! - 5 stars
Add to Cart