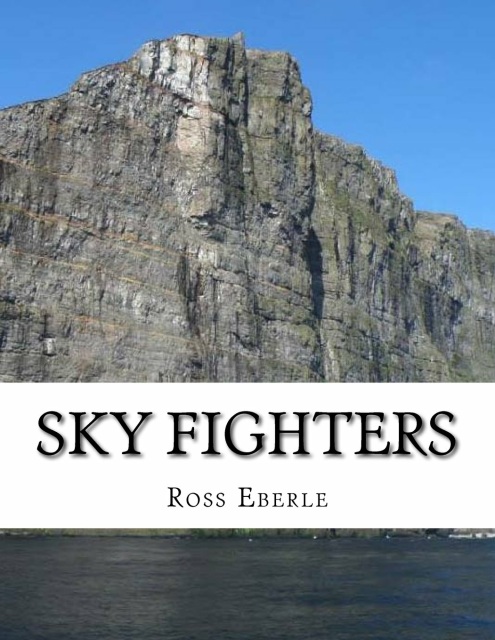 
Synopsis: One evening, a boy and his Mom leave a busy supermarket, armed with bags of groceries. Their eagerness to get home is cut off by a low humming sound unlike any aircraft from Earth. Looking to the sky, they freeze as a massive submarine-shaped ship emerges from an overhead cloud bank. The craft pulsates with light and suddenly bombards the supermarket and surrounding parking lot with neon red laser blasts.

Frightened shoppers run, scream, drop groceries, and duck for cover. The assault continues amidst the shattering storefront glass, crumbling concrete walls, and shopping carts charred and flipped through the air like toys. As the boy and his Mom cling together in terror, his mind reels with one question: Will he survive?

Through a miraculous chain of events, however, they did survive. The attack on the shopping center by these hostile extraterrestrials left him wondering for several years: Who or what are these beings? And what do they have against us?

One day, a few years later the boy was contacted by a mysterious man from another planet who went by the name of Master Mantecado. From this point forward, the boy's life changes dramatically as he is recruited into an elite and powerful organization known as the Sky Fighters. Their mission? To take down the vicious Python Demons responsible for the attack on the innocent humans of Earth.

The road to victory will be long and challenging, but one thing is certain: The Sky Fighters are determined to wipe out the Python Demons before they cause any more destruction.

From 25-time best-selling author Rebecca McNutt: This book isn't the usual type of book I read (I usually read occult books and horror), but it's a thrilling story and a solid beginning to a lengthy and well-developed series, which not only shares a lot of great world-building, but also captures a strong portrait of 1990's suburban America, which serves as a powerful backdrop for the unfolding sci-fi plot.

The story follows Muggins, a boy who, in the summer of 1999, longs to understand an event which happened to himself and his mother six years earlier in a supermarket parking lot of their town. Both of them had just finished a shopping trip when a mysterious aircraft appeared out of the sky and fired lasers down over the area - and now, all this time later, it seems that the answer is about to be revealed. A strange package has arrived with miraculous items and a message from an enigmatic man who invites the main character to a Host Meeting and recruits him into an organization to protect humanity from the corrupt and evil Python Demons.

This story isn't prose-heavy, and as such, it could be read by readers of almost any age. The pop culture references were a lot of fun, there are some strongly-written characters throughout, and I liked the way it ended, as well. Sky Fighters and Houndy Crunchers reminded me somewhat of Star Wars and Stranger Things, and it's an interesting look at a bridging between an extraterrestrial world and the planet Earth. - 3 stars

From inspirational-author Isaac Samuel Miller: I know that this novel was written with a high degree of fervor and creativity. I love the plot of the novel. I think that the author developed the storyline well.

Sometimes writers can be pedantic, but I think that Ross did an excellent job of keeping the reader engaged, which is extremely important.

If you’re looking for a great fiction novel—then this book is just right for you! I highly recommend this novel. - 5 stars
Add to Cart